I think we can all say that we have been to a wedding where the DJ did not play some very good tracks. After chatting with I recently spoke with a well known DJ in the Cincinnati area, he gave me some songs that will guarantee an active dance floor of all ages. Check out what gets people dancing!

“I Want You Back” is one of the Jackson 5’s number one hit songs. It not only held a number one spot on the Billboard Hot 100 chart for weeks in 1970, but it also has been ranked 121st on the Rolling Stone’s list of The 500 Greatest Songs of All Time. This song is very recognizable and attracts an audience of all ages. Not to mention, it is almost impossible not to feel the groove when this song begins to play. 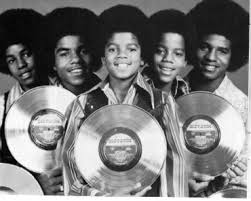 2. Return of the Mack – Mark Morrison

“Return of the Mack” was a popular R&B song in the 90’s which reached number 2 on the Billboard Hot 100 right under Hansons, “MMMBop”. This track has been remixed multiple times and popular all over the world. This is a great dance song, which makes the dance floor break out in a slow, feel good step touch type of dance. 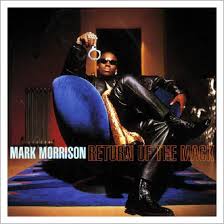 “Brown Eyed Girl” is a very popular song from the 1960’s, which is still played regularly today. This track has also been covered by hundreds of bands over the years and has earned multiple awards such as, entering the Grammy Hall of Fame in 2007. This is a song that is recognizable by various ages and sung loudly with friends and family wherever the song comes on.

“Poison” was one of the first hybrid R&B/hip hop songs of its time talking about the dangers of falling in love, but don’t let that get you down!  It is a well known dance hit and is featured in some of today’s hottest movies and soundtracks. Your body will begin to break out some old school hip hop moves you didn’t think your body was capable of doing!

5. I Wanna Dance With Somebody- Whitney Houston

“I Wanna Dance With Somebody” needs no introduction. This song is one of the biggest dance hits of all time. This track won the Grammy Award for Best Female Pop Vocal Performance and also topped the charts in 13 other countries. If this song doesn’t get everyone up singing and dancing then I don’t know what will. Doesn’t everyone want to dance with somebody? With somebody who loves them? 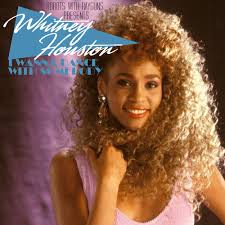 “Its Tricky” is a very popular song that is featured in many movies, TV shows, video games and even sporting events. This R&B/ hip hop track makes me think I am wearing some parachute pants and a colorful windbreaker. When this song plays watch out, you might get hit by someones wild hip hop moves. 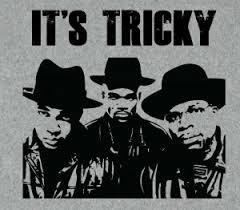 “Blurred Lines” was the song of summer 2013. Featuring guest vocals from rapper T.I and Singer Pharrell Williams, there was no chance that this song wouldn’t be a hit. Nobody could keep still as soon as that catchy beat reached their ears. The track peaked at number one on the Billboard Hot R&B/Hip-Hop songs chart. “Blurred Lines” also features two music videos, one featuring the guys with some very attractive models and the other..well..maybe you should check that out yourself. All in all, this jam will always get that toe of yours tapping and head of yours nodding along to the catchy beat.

Alright ladies, get that left hand of yours in the air and start flipping it back and forth in your mans face, its “Single Ladies” time. Who created the number one anthem for all single women out there? None other than Queen B. (Is there anything that woman cant do??) “Single Ladies” is a dance pop song, which features influences of R&B, dance hall, disco and bounce. It talks about the one issue all women seem to have with men, their unwillingness to commit. I guarantee a dance floor of single women as soon as this song begins to play, which i’m sure will make all the single men happy in the room – and hopefully take the hint.

We all know Pitbull makes hit songs, but we have recently discovered that Kesha is that secret ingredient that has been missing. “Timber” is a relatively newer song which has invaded our radios this past year. This dance pop song features a harmonica solo throughout the entire track, giving it a bit of a country feel. Due to the variety of genres on this track, many people are attracted to it. So the next time you hear this song, get up, find a partner and swing them round’ and round’ until you simply “timber” to the ground. 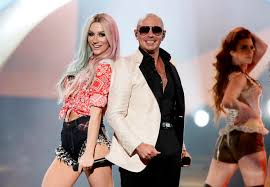 When I hear “Get Low” not only do I picture Lil Jon with his “Crunk” cup, but I also picture Sandra Bullock shaking her butt around a campfire with Betty White. “Get Low” is part of the “Crunk” genre of music and also features a hint of southern hip-hop. Sounds interesting right? In all seriousness, this song really knows how to start the party and keep it going. After all, if Betty White can get down with this song, who says your grandma cant as well?

find your way around